Clean up continues at Pelican Lake

The owner of the Pleasant Valley Golf Course Cheryl Berry said they received three inches of rain and a lot of damage came from the strong winds that hit the area. “The storm hit Monday morning around 3:00 am and I got to the clubhouse at 7:30 and there was lot of rain and large wind gusts downed several trees on the course and the whole cottage community along the lake.”

“We concentrated on the golf course but we know of two properties down from the clubhouse that did have trees fall on them. The one property there was a hydro line involved and the Belmont Fire Department came down and it was a flurry of activity” said Berry.

Everyone is waiting for the water to recede where water was pushed up onto areas where water doesn’t normally run.

“We’re staying closed Wednesday to continue the clean up and wish the best for everyone in the area.”

Cheryl Berry plans to have her golf course back in play on Thursday.

The storm covered a wide swath along the lake. “People were messaging each other “have you seen my Sea-Doos or my boat. There were docks pushed up onto the shore.”

Cheryl Berry says they've owned the golf course for seven years and this was the most damaging storm to hit the area in her time at Pleasant Valley. "Longtime cottage owners helping with the clean-up said in their 30 years at the lake it was the third time a storm caused this much devastation."

Damage was also reported at Lake Metigoshe along the Canada-United States border. High winds caused damage in that area on Monday. 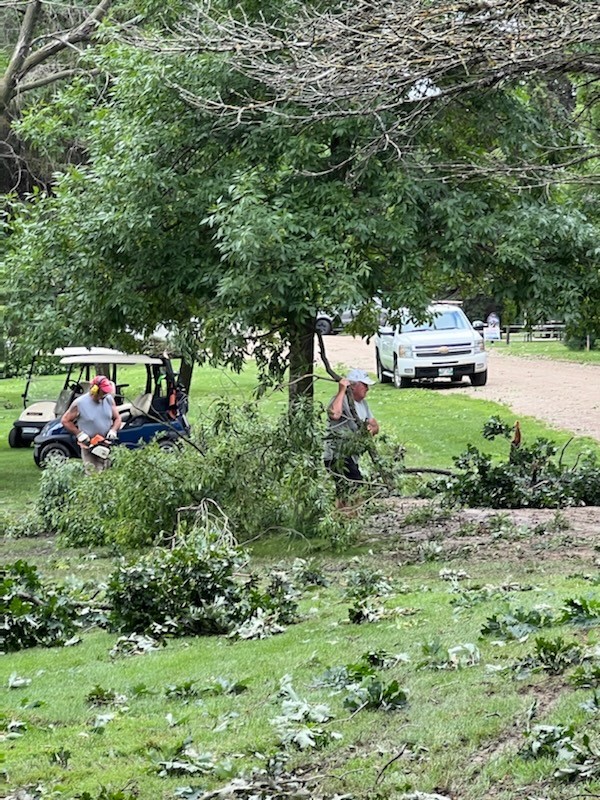 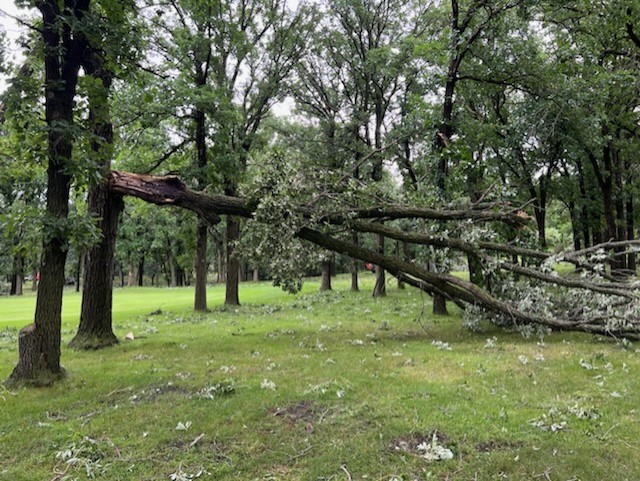 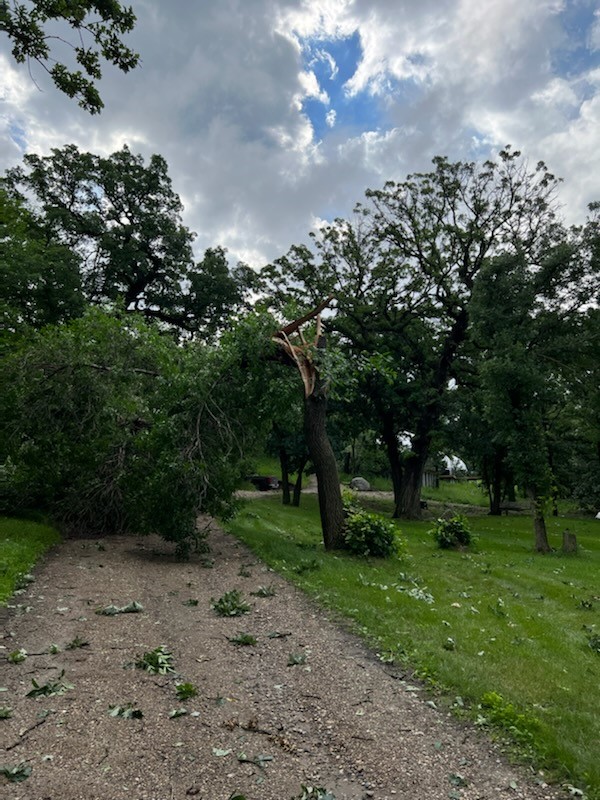 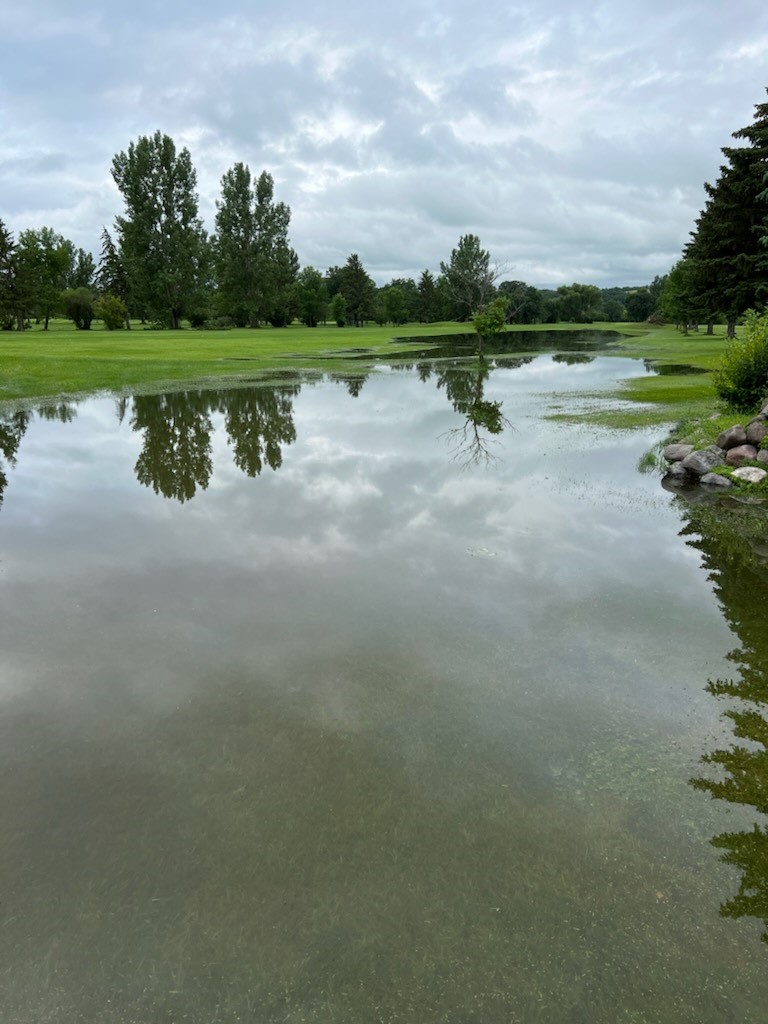 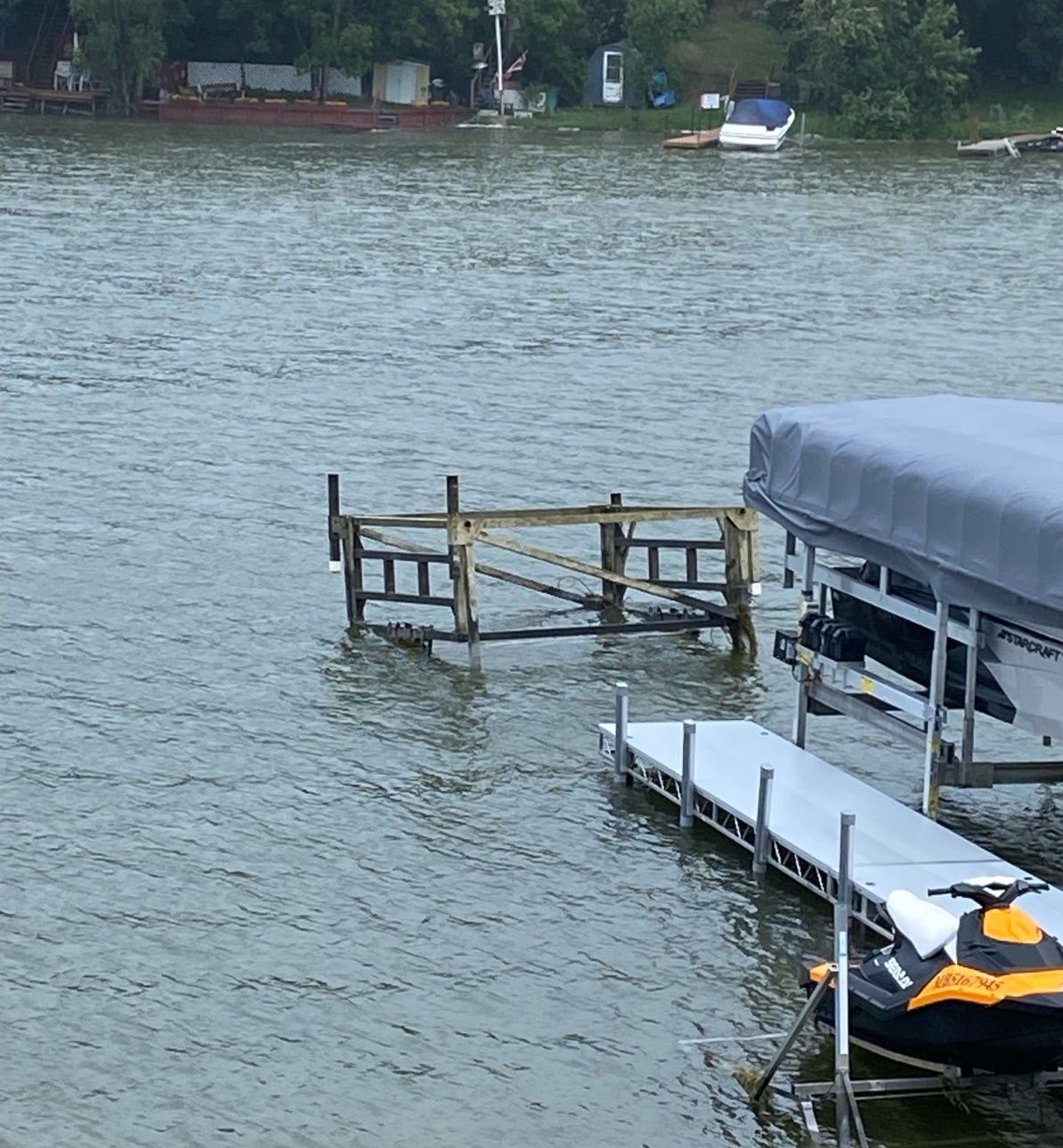 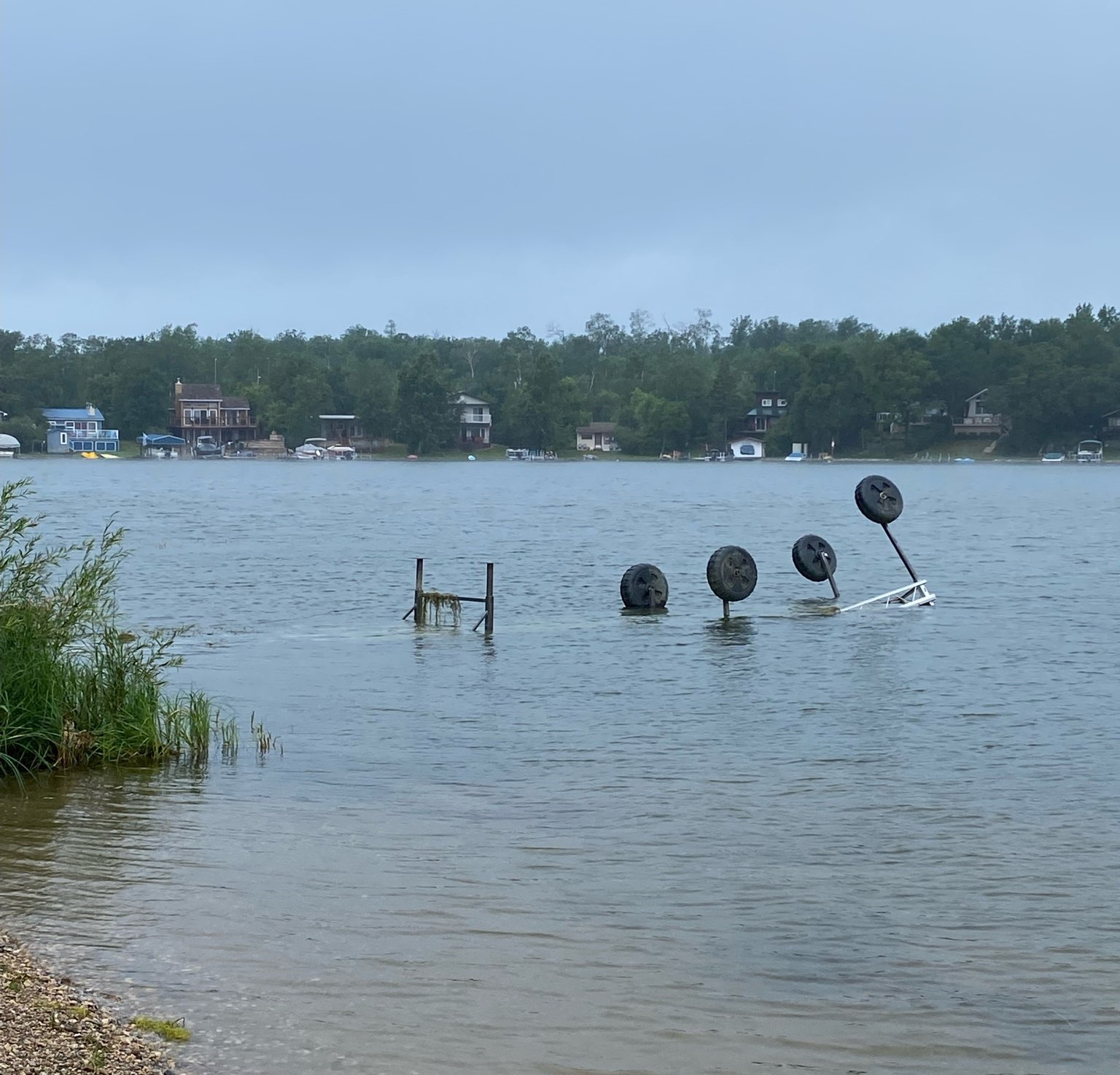