Manitobans Encouraged to be Vigilant about Aquatic Invasive Species

Written by Betty Sawatzky Friday, May 20 2022, 11:32 AM
Article continues below advertisement ↴

MANITOBANS ENCOURAGED TO BE VIGILANT ABOUT AQUATIC INVASIVE SPECIES

Manitoba Natural Resources and Northern Development is reminding boaters, anglers and other people who are out enjoying the province’s lakes and rivers to remain vigilant and help play an important role in protecting waterways.

Manitobans are reminded to ensure they properly inspect and remove aquatic invasive species (www.gov.mb.ca/stopais/index.html) before transporting watercraft, such as boats, canoes, kayaks and jet skis. These rules also apply to water-related equipment such as fishing gear, anchors and inflatables.

Manitobans are reminded it is illegal to transport AIS or remove samples from waterways and take them home. Water users must be free of AIS before leaving the shore of a water body. An open-water season checklist is available at www.gov.mb.ca/stopais/checklist/open-water.html to help comply with requirements.

If AIS cannot be removed from watercraft or water-related equipment before leaving the shore, contact the Manitoba government before transporting the equipment. This also applies to contaminated items such as docks and buoys that have been kept in an invaded water body. Further information is available at www.gov.mb.ca/stopthespread/ais/transportation.html.

The spread of AIS is preventable and the department reminds water users to follow the AIS legal requirements: clean, drain, dry and pull the boat plug whenever leaving a water body in Manitoba. Watercraft and water-related equipment must also be decontaminated before placing the items into another water body if they were last used in:

Failure to do so can result in fines. Examples of set fines for AIS offences include $1,296 for possessing or transporting AIS and $2,542 for failing to decontaminate prior to entering another water body.

The province is reminding water users zebra mussels were detected in Lake Manitoba by the Narrows. All watercraft, including canoes, kayaks and jet skis, as well as all equipment that enters the water, including fishing gear, anchors and inflatables, must be decontaminated before placing them into another water body. Further information is available at www.gov.mb.ca/stopais/resource/lake-mb-detect.html.

New AIS sightings in Manitoba in an area where they are not already known to exist must be reported immediately at www.manitoba.ca/stopais/ais_reporting.html.

For more information about AIS and the locations and operating times of the watercraft inspection program, visit www.manitoba.ca/stopais/ . 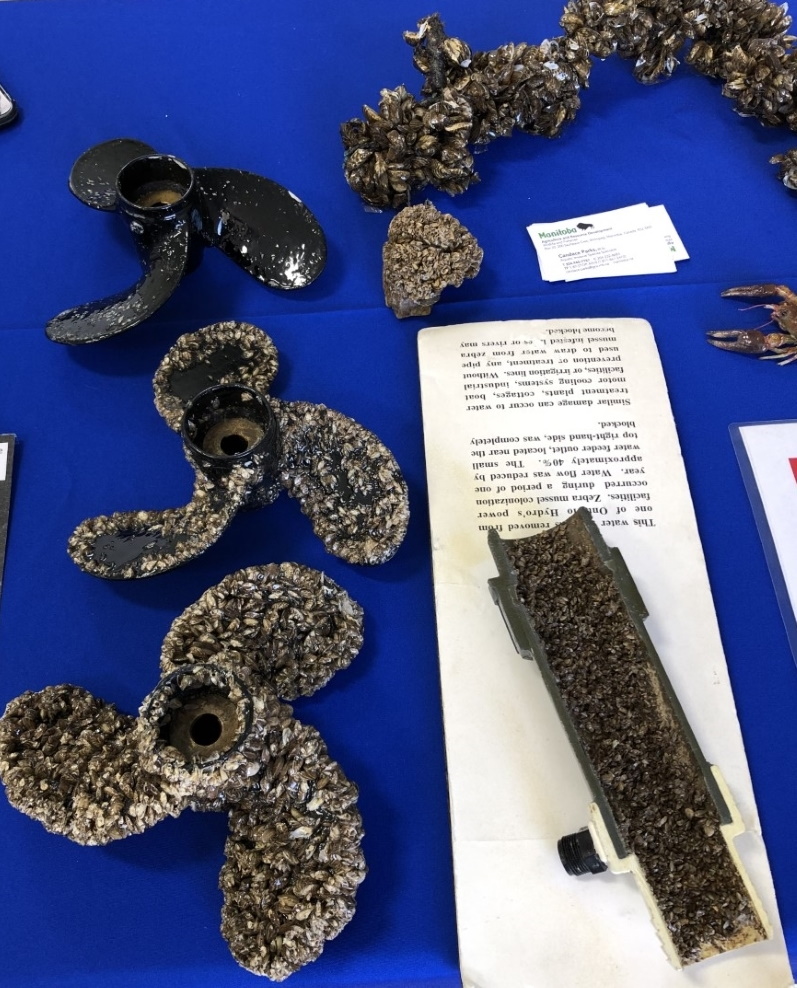