Peace Garden turns 90 and looking to the future

The International Peace Garden (IPG) south of Boissevain held 90th anniversary celebrations over the August long weekend and turn out was steady.

The IPG along the Canada- United States border opened back in 1932 and continues to attracts thousands of visitors every year.

CEO Tim Chapman called it a great weekend. “There were more people on the grounds this past weekend than we’ve seen for any single event over the past five years. It was nice to see a number of familiar faces and a lot of new people visiting the garden.”

“It was hot on Saturday but other than that everything was great. The garden looked nice and green and the flower beds were filled and you could tell visitors appreciated the hard work of our staff.”

Chapman says the International Peace Garden is one of the older garden’s in North America.

“Obviously in both countries there are gardens that have been around longer. For a garden as remotely located as we are it’s truly a testament to the founders and the people over the nine decades who have cherished what it really means to our communities both for tourism and the recognition of cooperation between the two countries.”

A big part of the weekend program was the official opening of the new children’s play area. The area cost more than $1 million and Tim Chapman said it was nice to see the kids scurrying around the different features.

“There’s still a few finishing touches to go but it’s nice to see the children’s area in use and what it does to enhance the family experience here” said Tim Chapman. 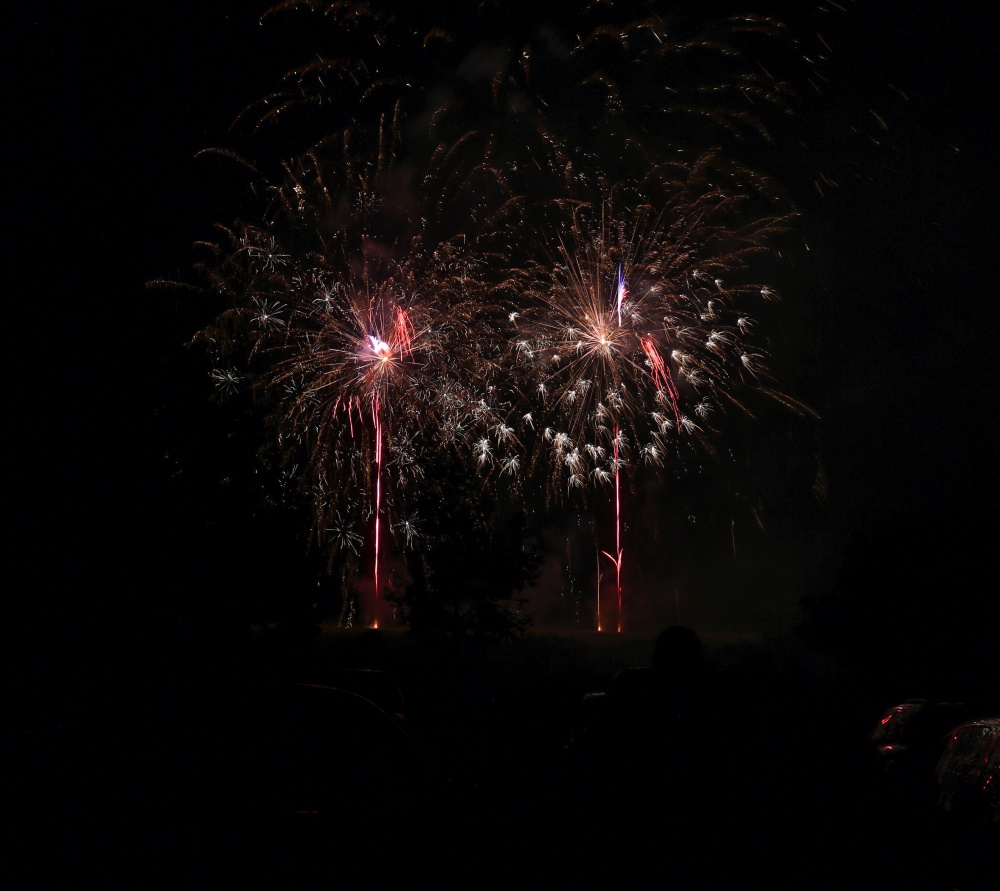 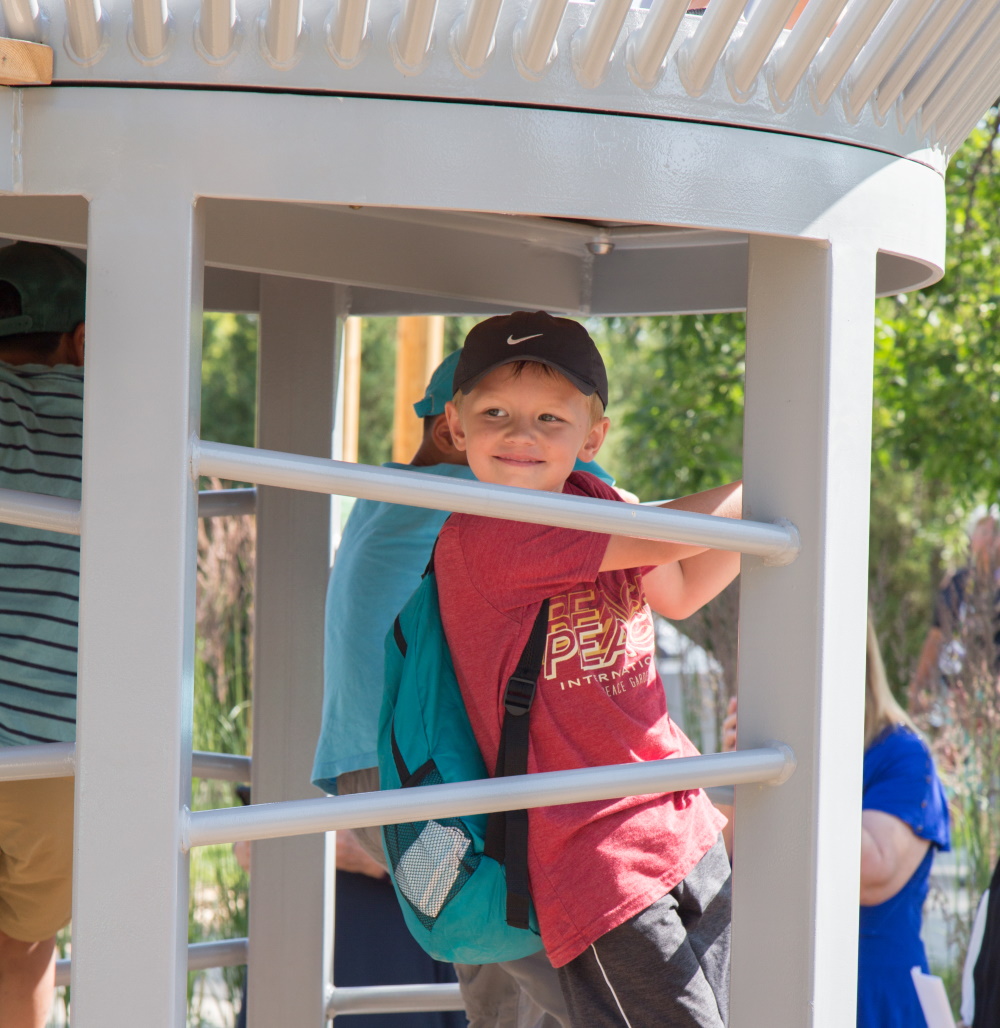 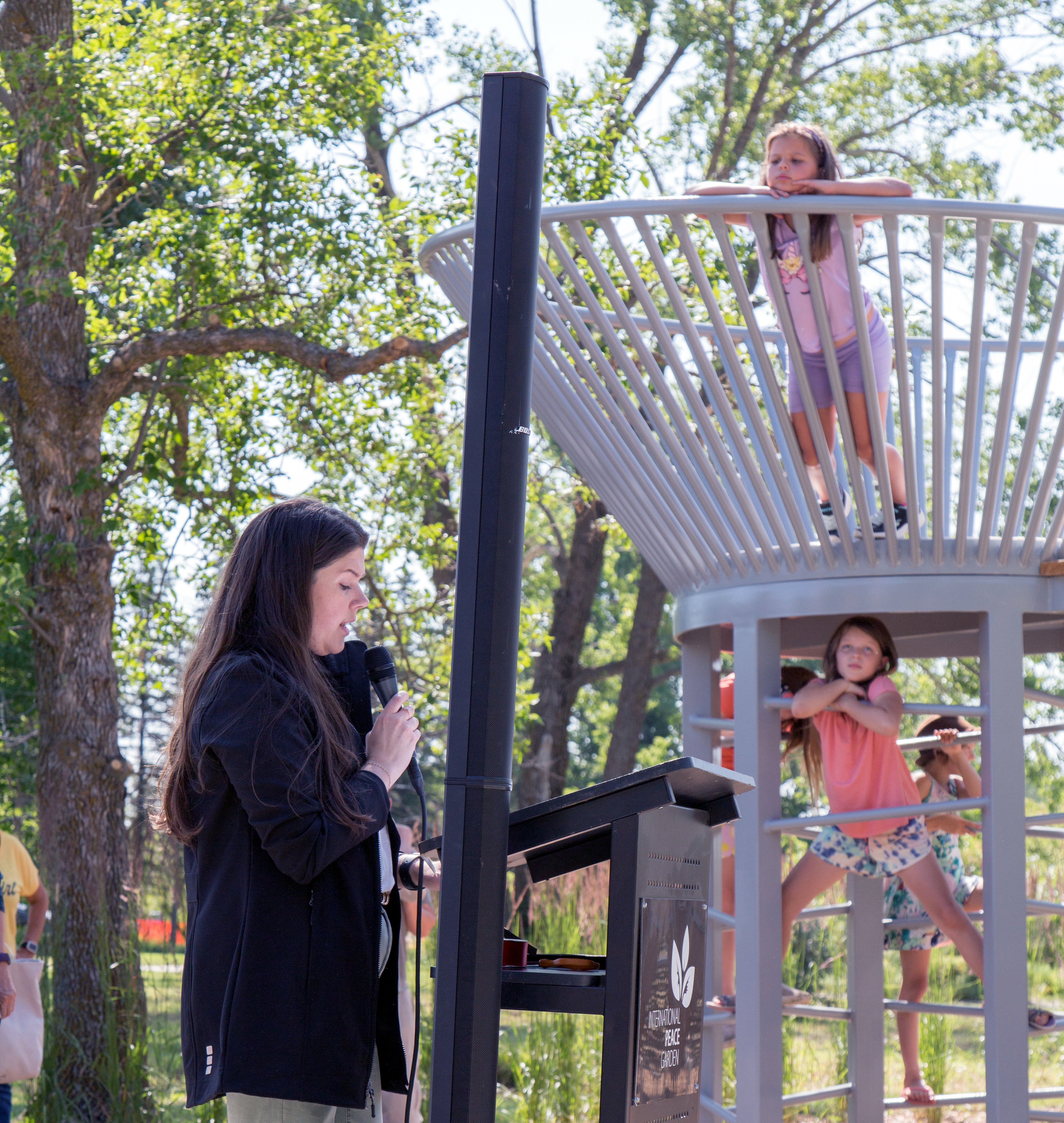 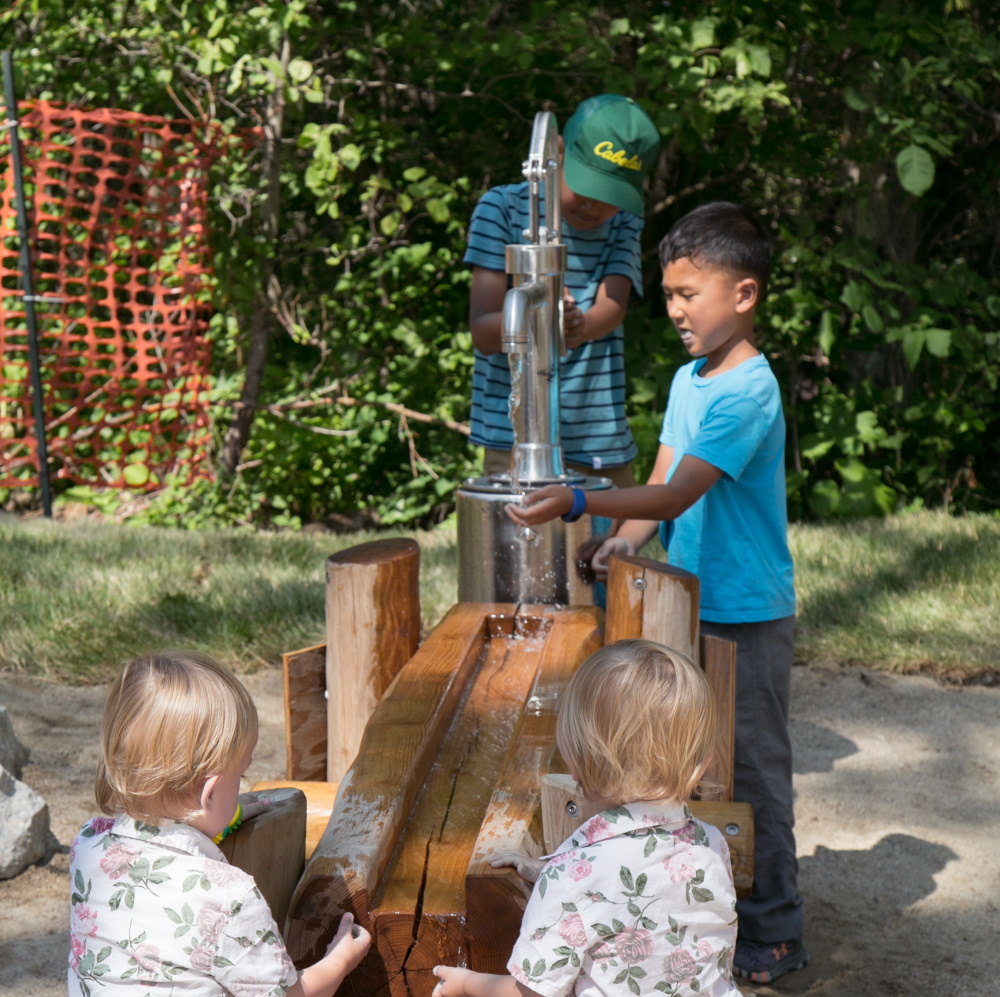 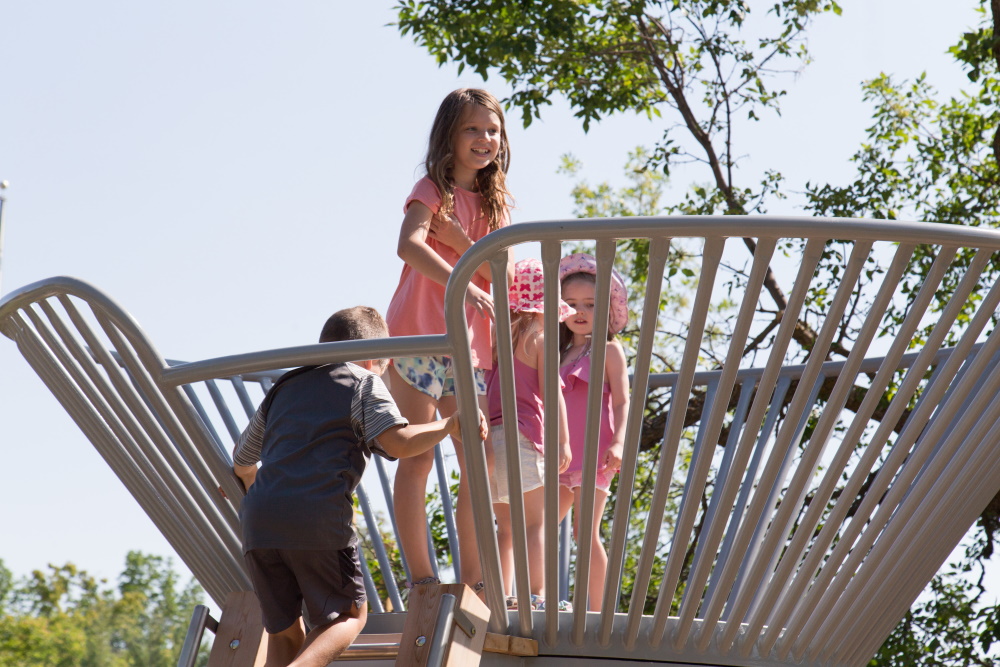 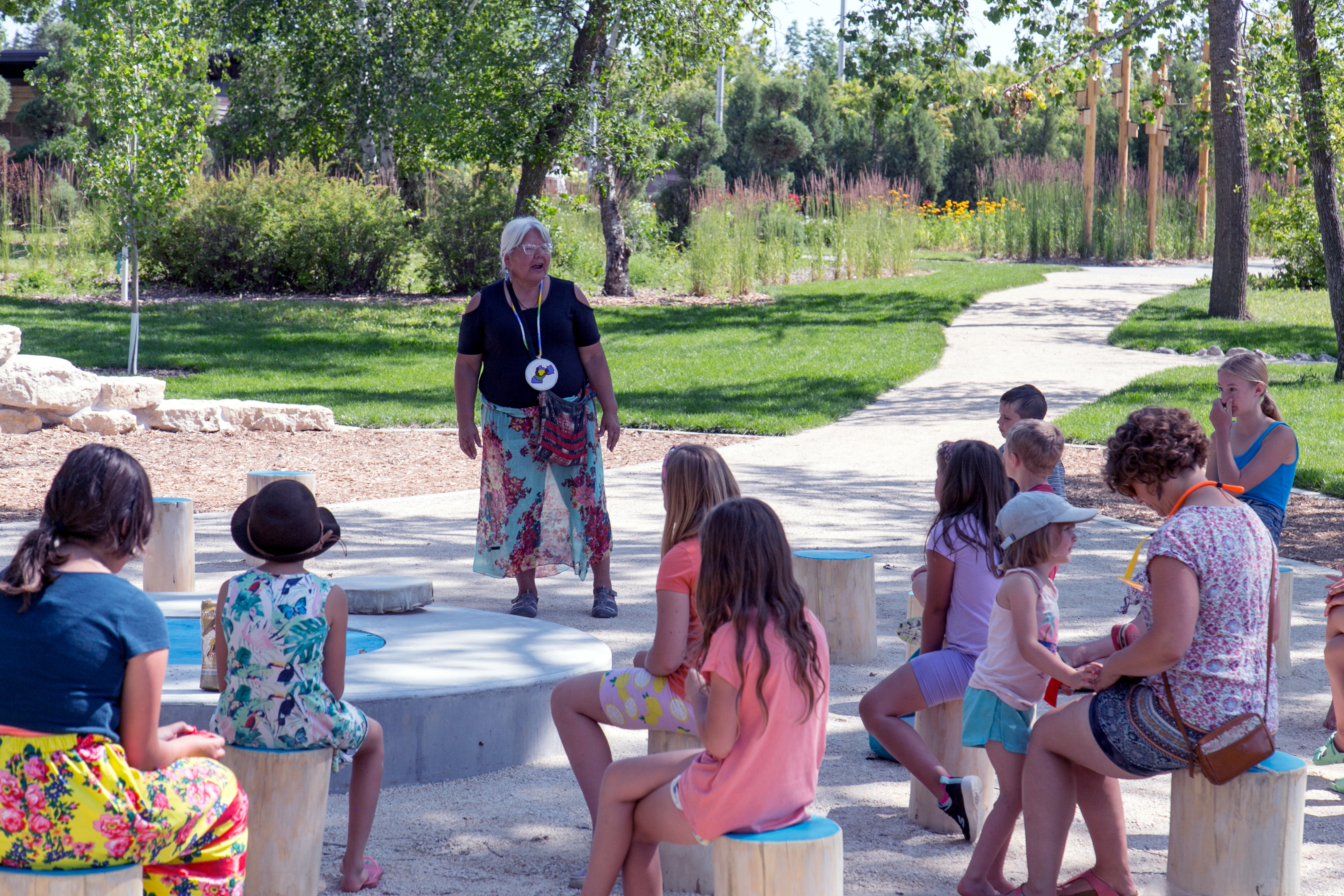 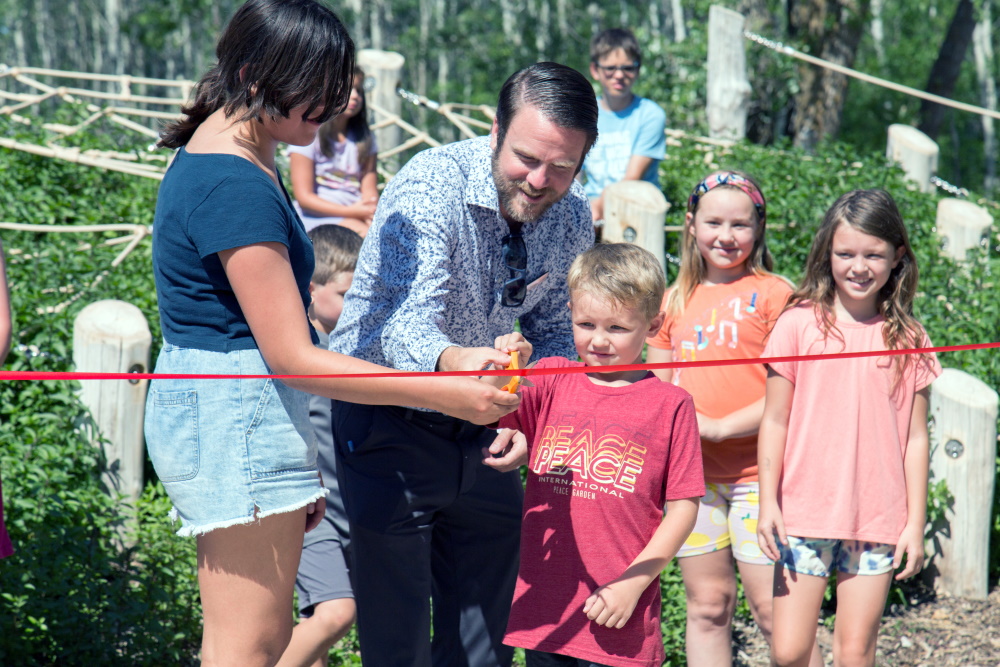 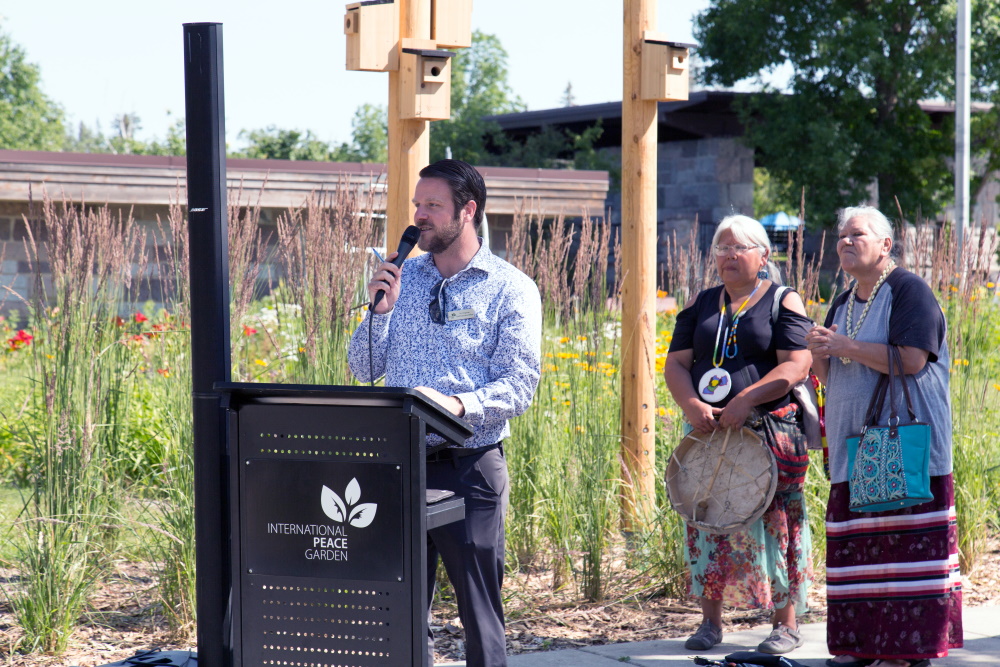