The Manitoba government has increased its annual grant for the International Peace Garden by more than 40 per cent to help commemorate its 90th anniversary.

“The International Peace Garden is a naturally radiant destination built on principles of peace and friendship, representing our province’s collaborative relationship with North Dakota specifically and the United States as a whole,” said Cullen.

“We are proud to strengthen our commitment to the International Peace Garden as it celebrates its 90th anniversary,” said Wharton. “Our government’s funding enhancement brings our commitment to $514,000 annually, which builds on our recent commitment of $7.5 million for ongoing capital infrastructure projects at the site.”

“Stay tuned as we’re on the eve and about to make more exciting announcements about our provincial parks and this announcement is just the kick off.”

The International Peace Garden was established in 1932 as a memorial to the peaceful co-existence of Canada and the United States. It covers 2,339 acres and straddles the Canada-U.S. border near Turtle Mountain Provincial Park in southwestern Manitoba, just south of Boissevain. It receives funding from a variety of provincial, state and federal sources.

It includes formal garden spaces, fountains, a conservatory, a cafe and gift shop, a visitor centre, interpretive buildings and structures, greenhouses, trails, as well as picnic and camping areas. The site’s 90th anniversary is also being commemorated with a new children’s natural play park and an expansion of the conservatory. The garden is also celebrating 90 years by welcoming the International Music Camp back after two years away due to the pandemic.

“We are incredibly grateful for the increased support from the Manitoba government,” said Tim Chapman, CEO, International Peace Garden. “The province’s commitment to the garden ensures we can continue to sustainably grow and serve the great people of Canada and the United States.”

“It’s a lot and it’s about an additional $16,000 dollars. When you think about almost 2,400 acres, a non-profit set-up where you have to face limited staff and it’ll go along way to help us catch up especially after two years of lower revenue due to the pandemic. With the age of the IPG there are a lot of things that need a little more upkeep” said CEO Tim Chapman.

Turtle Mountain MLA Doyle Piwniuk joined the IPG board in 2018 and he’s excited about everything happening at the International Peace Garden. “This new funding will help us to hire the right people to keep on promoting the facility. It’s an investment and we want to make sure we aren’t the best kept secret. We’re going to generate more revenue because of that extra support.”

Piwniuk says when you look at Ontario that province has almost a 90 per cent pay back to what they put into parks. “We’d like to work towards that goal. We want people to come out and enjoy parks but at the same time we aren’t subsidizing as much as in the past” said Piwniuk.

The 90th anniversary celebrations at the International Peace Garden will take place July 29 to 31. 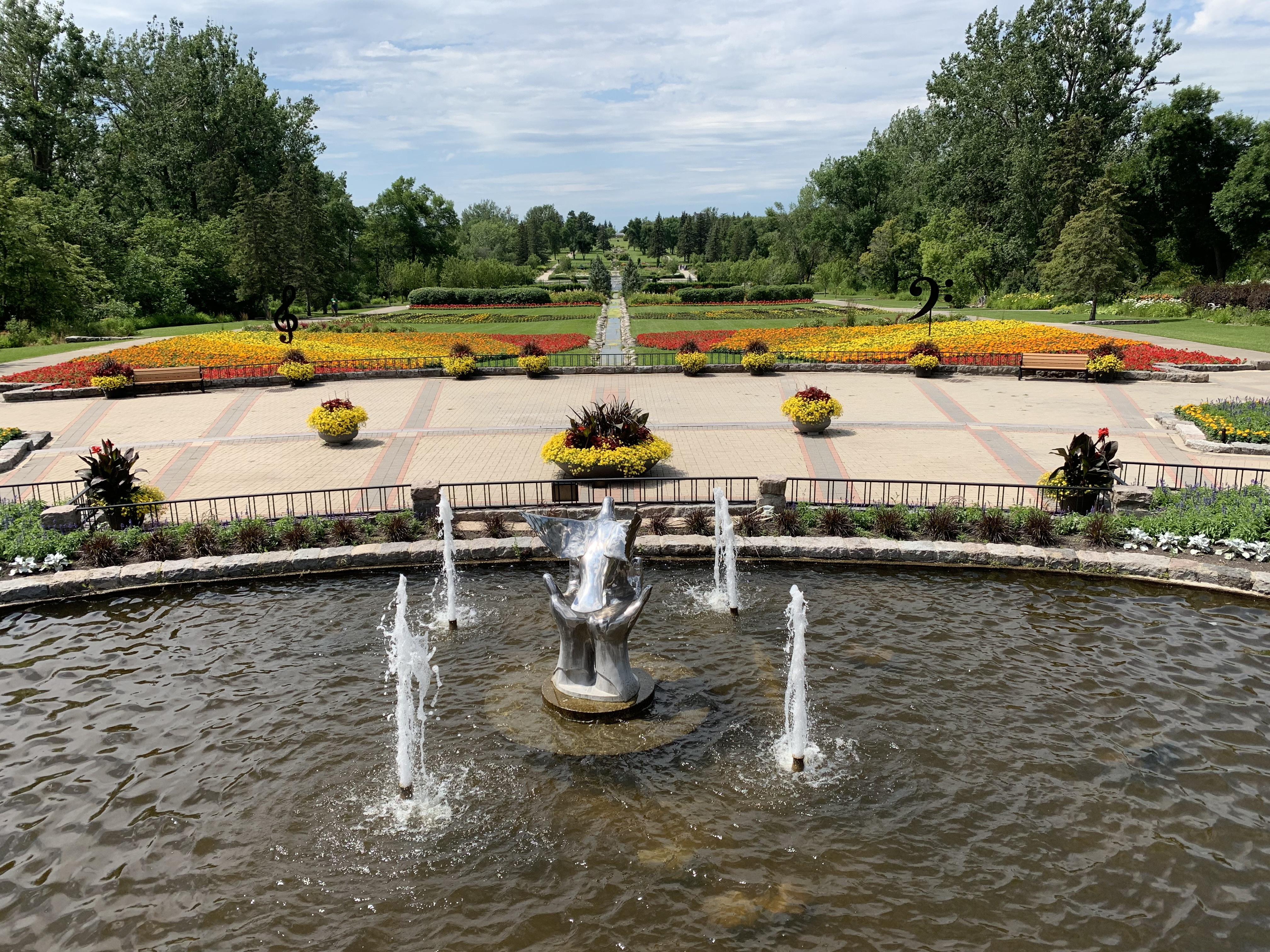 Off the Tee - Braxton Kuntz