80 people were recognized for their contributions.

The Queen's Platinum Jubilee Medal commemorates the 70th anniversary of when her majesty Queen Elizabeth the second took the throne as Queen of Canada. several Canadian provinces created their own royal commemorative medal.

Eight MLA’s were on hand to award 10 medals each.

“This medal is a beautiful way for Manitoba to honour the legacy of Queen Elizabeth and her incredible service to people of Canada,” said Stefanson. “Manitobans are well-known for their generosity and giving back to the community, and it’s a great way to honour and celebrate their service and achievements as we pay tribute to Her Majesty.”

A total of 1,000 medals will be awarded during the Platinum Jubilee year. The medal program is the focus of the Manitoba government’s jubilee year commemorations. Permission has been sought from the Office of the Governor General to have this medal included in the Order of Precedence with the other commemorative medals of the Canadian Honours System. 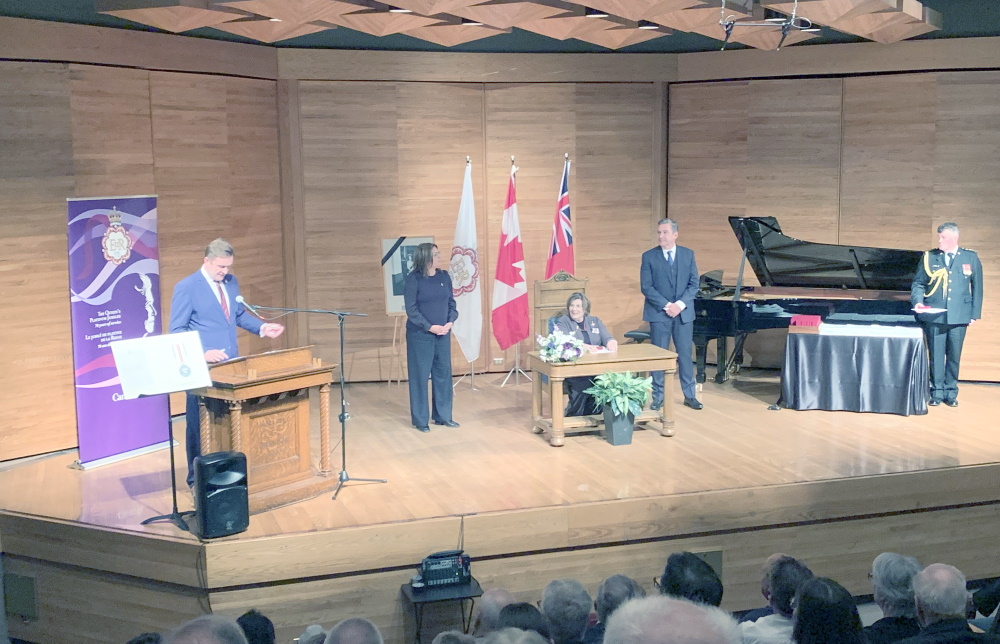 Foundation puts the call out for applications