It was a jaw dropping site Winkler's Devin James caught on camera late Saturday night, one highlighting light from above on a clear and calm winter's night.

"I just went outside to grab some items from my shop at 10:45 pm," he explained in an email to PembinaValleyOnline. "I looked straight up into the night sky, and saw the coolest natural light show. The photo is looking straight up to the sky. It looks like northern lights, but everything came to a point directly above us."

We asked CMOS Accredited Weathercaster Chris Sumner what might have been the cause of the dramatic pillars of light.

"Taking into account the clear, calm and cold weather conditions Saturday night, and after reviewing the pictures Devin sent in, to me this looks like suspended ice crystals or snowflakes at play," he explained. "The illumination from street lights, and other light sources in Devin's part of Winkler, are refracting in the ice crystals suspended in the air. We also had very, light fluffy snow earlier in the day. There's a good chance some of those snowflakes were still hanging in the atmosphere, and it more than likely those flakes providing the medium for the light show to occur." 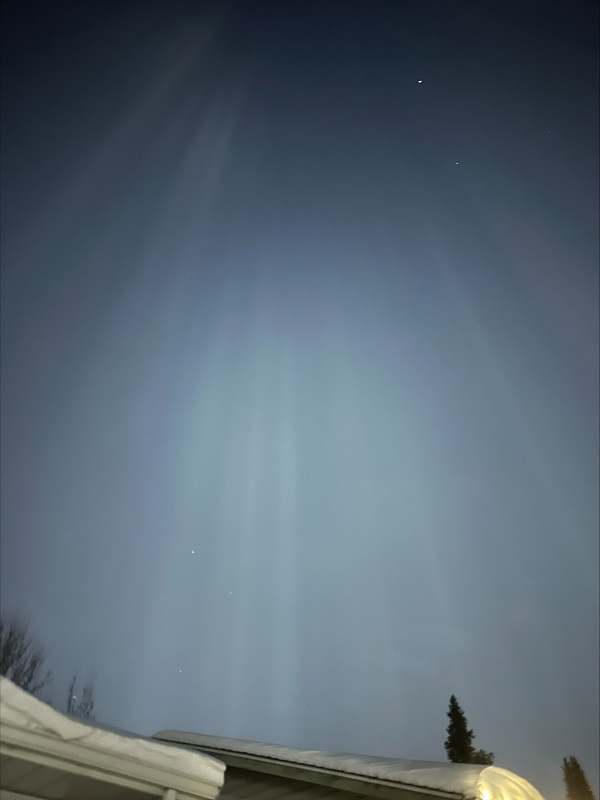 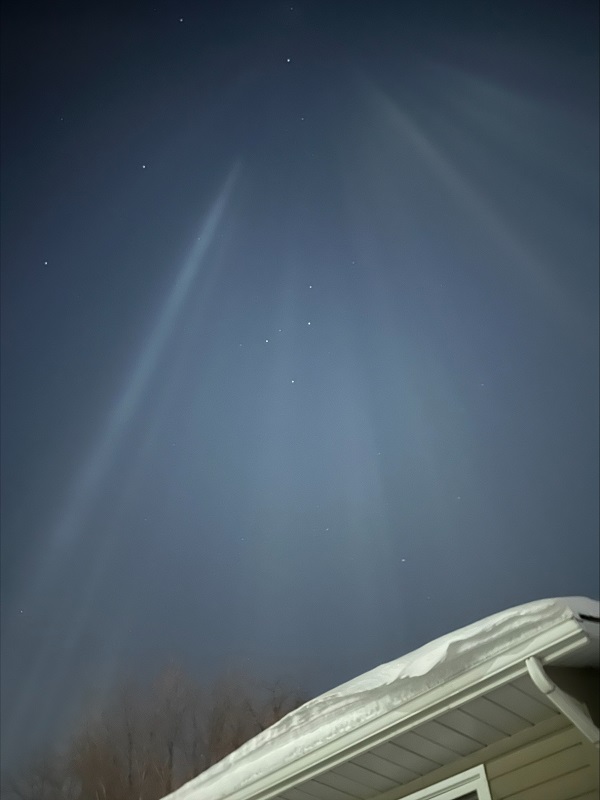 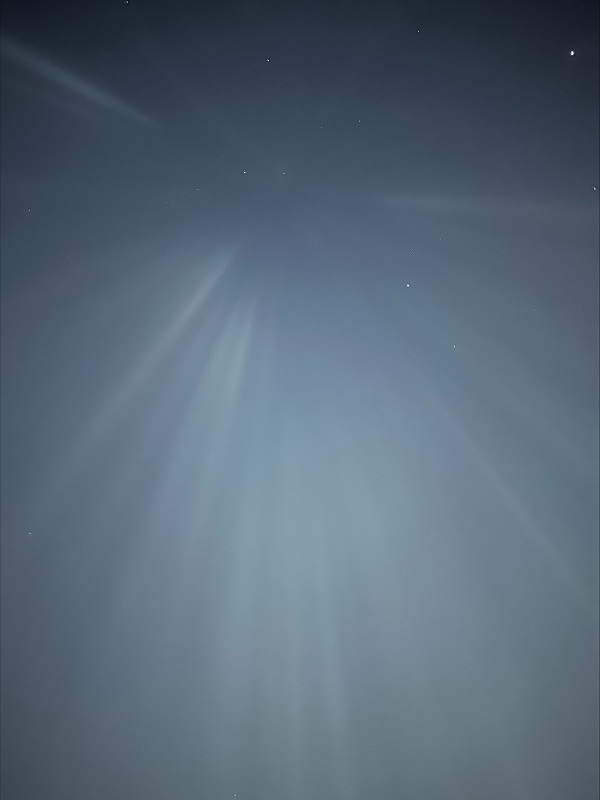 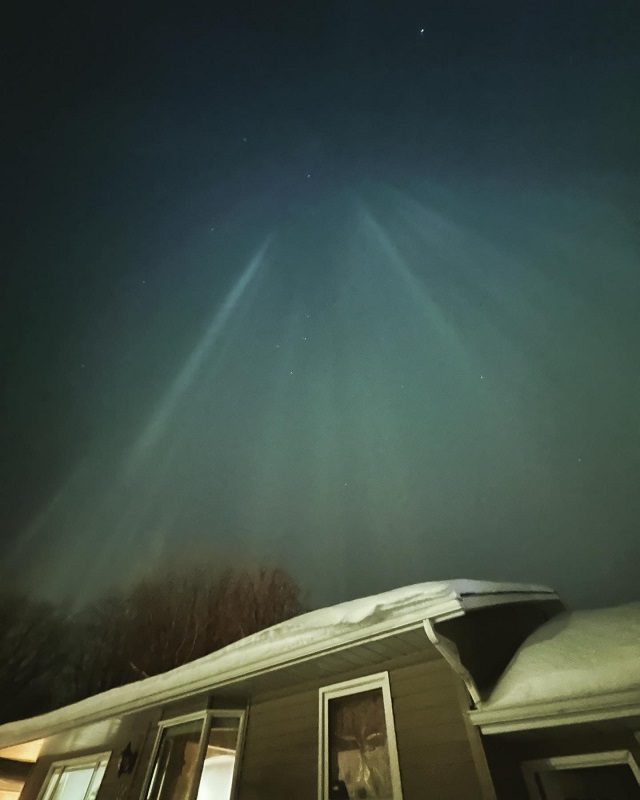